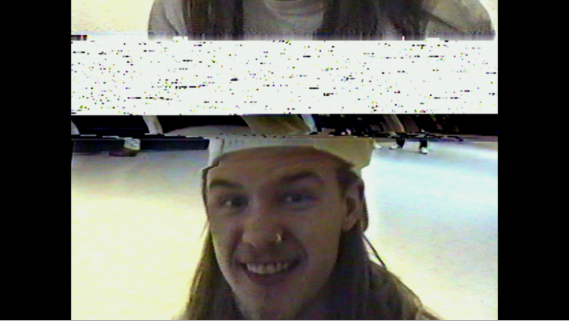 Oscilloscope Laboratories announced today it will theatrically release the feature documentary, ALL I CAN SAY, in virtual cinemas, record stores, and music venues on June 26th. A rare autobiography of Shannon Hoon, the late lead singer of the rock band Blind Melon, the film was created solely with Hoon’s own footage, voice, and music, and stands as a masterful cinematic achievement completed 23 years after his death. For more information and a full list of playdates and locations for ALL I CAN SAY, please visitAllICanSay.Oscilloscope.net.
Founded in 1990, Blind Melon launched its self-titled debut in 1992 with a southern-psych-rock influenced album fused with 90s era alt-grunge that included the breakthrough single, “No Rain.” Its accompanying music video starred the now-iconic “Bee Girl” and earned heavy airplay on MTV, propelling the band to quadruple-platinum success. From 1990-1995, an era right before the internet changed the world, lead singer Shannon Hoon used a video camera as his diary and closest confidant. Against a 90s backdrop of politics and culture, Hoon meticulously documented his life — Blind Melon’s rise to fame, his creative process, his family, his daughter’s birth, and his struggle with addiction — all the way up until a few hours before his sudden death at the age of 28.
Twenty-three years later, directors Danny Clinch, Taryn Gould, and Colleen Hennessy honed the hundreds of hours of recordings Hoon left behind to meticulously craft a compelling and intimately nuanced portrait of an artist on the rise. A virtuoso feat of filmmaking, ALL I CAN SAY is at once a decades-spanning collaborative work with the late musician, as well as an artistic homage to Shannon Hoon.
ALL I CAN SAY made its world premiere to critical acclaim at the 2019 Tribeca Film Festival and is directed by Danny Clinch, Taryn Gould, Colleen Hennessy, and Shannon Hoon. It features appearances by Shannon Hoon; Hoon’s girlfriend and mother of his child, Lisa Sinha; and Blind Melon band members Christopher Thorn, Brad Smith, Rogers Stevens, and Glen Graham. The documentary is produced by Lindha Narvaez, Sam Gursky, and Taryn Gould. Executive producers are Eric Eisner (“Long Strange Trip”), founder and CEO of Double E Pictures; Michael Rapino, CEO of Live Nation Entertainment; Ryan Kroft, Senior Vice President of Production & Development for Live Nation Productions; Danny Clinch; and John Beug.