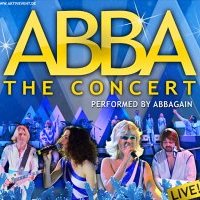 ABBA the Concert featuring the unique sounds of the Swedish band Waterloo comes to the intimate Fillmore Miami Beach at the Jackie Gleason Theatre on Friday February 11th at 8PM. This is part of the Cruzan Concert Series.

Waterloo was formed in Stockholm, Sweden and quickly became known for its fantastic ABBA-sound and the stunning look-alike show they put on. The audience and press all agreed – ”this is the closest to ABBA you´ll ever get”. In total Waterloo has performed in more than 25 countries all over the world.  The past few years have been extremely successful for Waterloo. Part from touring all over the world, the band has also put up eight different Christmas shows in Stockholm (2003), Gothenburg (2004), Ronneby (2005), Västerås (2006), Ystad and Borås (2008), Åby (2009) and Borås (2010).  Waterloo brings one of the greatest phenomenons in the history of music back to life and will always give audiences all over the world what they’re coming to see: “The Best ABBA since ABBA”