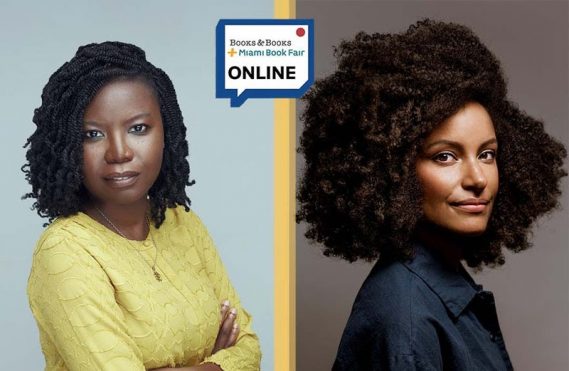 A Virtual Evening with
PEACE ADZO MEDIE
& KILEY REID
discussing
His Only Wife: A Novel
(Algonquin, $25.95)

“Peace Adzo Medie’s mesmerizing debut novel lives up to both the power of its first sentence and the promise of its author’s first name. This is not a book to read with one eye on a beach volleyball tournament; it’s a story to soak up in silence, on a long, cloudy afternoon when you have time to think… At a time when adventure is scarce, Medie gives you a lot to look forward to, think about and be grateful for.”—The New York Times Book Review

“A story that kept me tied to the page, told in masterful, seamless prose . . . Medie depicts a vivid and dazzling Accra, and it’s impossible not to root for Afi as she finds her footing within it.” —BuzzFeed

His Only Wife was just announced as Reese Witherspoon’s October Book Club Pick!

An Arizona native, KILEY REID is a recent graduate of the Iowa Writers’ Workshop, where she was the recipient of the Truman Capote Fellowship. Her New York Times-bestselling debut novel, Such a Fun Age, is currently in development by Lena Waithe’s Hillman Grad Productions and Sight Unseen Pictures. The novel was longlisted for The 2020 Booker Prize and a finalist for the New York Public Library’s 2020 Young Lions Fiction Award, the VCU Cabell First Novelist Award, the NAACP Image Award for Outstanding Literary Work by a Debut Author, and the Mark Twain American Voice in Literature Award.