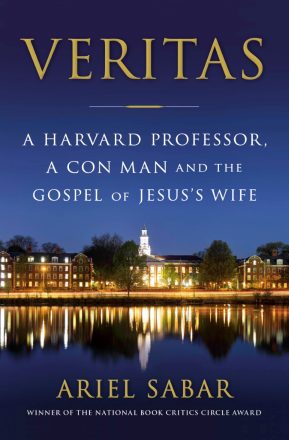 “It’s a story about journalism done right, about Sabar’s own capable, dogged sleuthing to get to the bottom of those famous headlines. Along the way, Sabar explores the history of alternate Christian texts, the eccentric scholars who investigate them and the internal workings of Harvard. In our moment of truthiness, to borrow a term from Stephen Colbert, Veritas offers a vital lesson less about Christianity than about what happens when a scholar decides that the story is more important than the truth.”
—TIME

ARIEL SABAR is an award-winning journalist whose work has appeared in The Atlantic, The New York Times, Harper’s Magazine, The Washington Post, and many other publications. He is the author of My Father’s Paradise: A Son’s Search for His Jewish Past in Kurdish Iraq, which won the National Book Critics Circle Award.