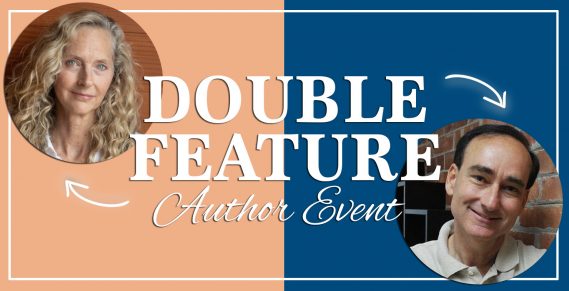 Following the breakout success of her critically acclaimed and award-winning novel Euphoria, Lily King returns with an unforgettable portrait of an artist as a young woman.

Blindsided by her mother’s sudden death, and wrecked by a recent love affair, Casey Peabody has arrived in Massachusetts in the summer of 1997 without a plan. Writers & Lovers (Grove Press, $27) follows Casey―a smart and achingly vulnerable protagonist―in the last days of a long youth, a time when every element of her life comes to a crisis. Written with King’s trademark humor, heart, and intelligence, Writers & Lovers is a transfixing novel that explores the terrifying and exhilarating leap between the end of one phase of life and the beginning of another.

LILY KING is the author of five award-winning novels. Her most recent novel, Writers & Lovers, will be published on March 3rd, 2020. Her 2014 novel Euphoria won the Kirkus Award, The New England Book Award, The Maine Fiction Award, and was a finalist for the National Book Critics Award. Euphoria was named one of the 10 Best Books of 2014 by The New York Times Book Review. It was included in TIME’s Top 10 Fiction Books of 2014, as well as on Amazon, NPR, Entertainment Weekly, Publishers Weekly, and Salon’s Best Books of 2014.

An American man vanishes on a rural road in Vietnam, and his girlfriend, an emergency room doctor trained to ask questions, follows a path that leads her home to the very hospital where they met.

Set amidst the adrenaline-fueled world of the emergency room, The Red Lotus (Doubleday, $27.95) is a global thriller about those who dedicate their lives to saving people, and those who peddle death to the highest bidder.

CHRIS BOHJALIAN is the author of twenty-one books, including The Guest Room; Close Your Eyes, Hold Hands; The Sandcastle Girls; Skeletons at the Feast; The Double Bind; and Midwives, which was a number one New York Times bestseller and a selection of Oprah’s Book Club. The novels Secrets of Eden, Midwives, and Past the Bleachers have all been made into movies, and Chris’s work has been translated into more than thirty languages. Chris lives in Vermont and can be found at www.chrisbohjalian.com or on Facebook, Instagram, Twitter, Litsy, and Goodreads.