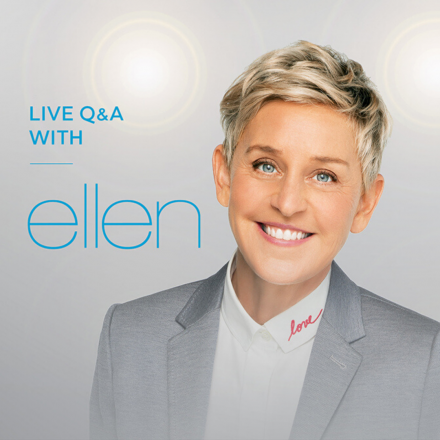 Comedian and talk-show host Ellen DeGeneres brings “A Conversation with Ellen” to Hard Rock Live at Seminole Hard Rock Hotel & Casino Hollywood on Saturday, Feb. 1, at 3 p.m. This special event will give fans a rare opportunity to hear from Ellen about her life in an intimate setting during a live Q&A session.

As a beloved television icon and entertainment pioneer, DeGeneres’ distinctive comedic voice has resonated with audiences from her first stand-up comedy appearance through her work today on television, in film and in the literary world.

DeGeneres has made a home for herself in daytime with her hit syndicated talk show, “The Ellen DeGeneres Show,” and recently announced the show’s renewal through the 2021-2022 season. Currently, in its 17th season, the show has earned a total of 63 Daytime Emmy Awards, including 11 for Outstanding Entertainment Talk Show crowning it the record holder in the category. In addition, DeGeneres has won 12 Teen Choice Awards, and she is a 23-time People’s Choice Awards winner, making her the most decorated individual in the 45-year history of the franchise. Most recently, DeGeneres won her fourth Kids’ Choice Award for Favorite TV Host for “Ellen’s Game of Games.”

In November 2016, DeGeneres was honored with the Presidential Medal of Freedom. The prestigious award is the nation’s highest civilian honor. The award was bestowed on DeGeneres by President Obama for her extraordinary contributions to notable change and progress in the United States. Most recently, DeGeneres has been tapped to receive the Carol Burnett Award at the 77th Golden Globe Awards in 2020, the second recipient to be honored with the accolade following its namesake, Carol Burnett. She was also presented with the 15th Annual Mark Twain Prize for American Humor by the John F. Kennedy Center for the Performing Arts in October 2012.

DeGeneres had the honor of hosting the highly rated 79th Annual Academy Awards in 2007 and was nominated for a Primetime Emmy Award in the Outstanding Individual Performance in a Variety or Music Program category. In 2014, DeGeneres hosted the 86th Annual Academy Awards, drawing the telecast’s largest audience in 14 years and most famously broke the Internet with her star-studded selfie.

DeGeneres also received critical success for her HBO stand-up specials: “The Beginning” earning two Primetime Emmy nominations in 2001 and “Here and Now” nominated for two Primetime Emmys in 2003. In 2018, DeGeneres returned to her stand-up comedy roots after a 15-year hiatus with a critically acclaimed Netflix comedy special, “Relatable,” which secured her a Grammy nomination in 2020.