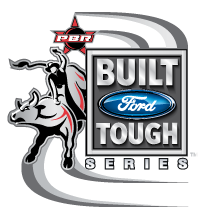 It’s been nearly a decade since the BFTS has visited South Florida.  In 2005, the tour visited the BB&T Center in Fort Lauderdale.

During this three-day event, fans will witness exhilarating eight-second rides, wrecks and action-packed performances as the toughest men in sports jockey for position in one of the most volatile title races in recent PBR history.  To date this season, three men – Silvano Alves, Marco Eguchi and Shane Proctor – have stood atop the 35-man heap and swapped positions from first to third place several times.  With eight events before this South Florida stop, they could trade places, again, or another man could be added to the mix.  The competition will be intense and the riders will be ready to do battle with each other and their 2,000-pound opponents.

“By that late in the season, these men will be hyper-focused on winning all the points they can to qualify for the World Finals,” said Jim Haworth, chairman and CEO of the PBR. “They will be riding with all the heart and grit of true champions while displaying some of the most remarkable feats of toughness the sports world has ever seen. Florida fans get ready.”

This year, the PBR celebrates its 20th anniversary of competition. The season will award over $10 million dollars including $2.2 million at the PBR Built Ford Tough World Finals in Las Vegas, October 23-27, at the Thomas & Mack Center.