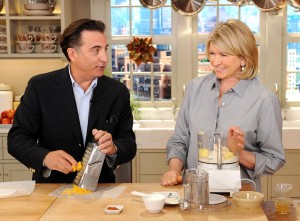 Celebrating a successful Miami International Film Festival (MIFF), guests will gather for the Closing Night Gala at the Historic Moore Building on March 12, 2011. There, the Lexus Pursuit of Perfection Award will be presented to Academy Award Nominated Actor, Director, and Producer Andy Garcia, as well as Writer, Director Aaron Salgado and Writer, Producer Jaydee Freixas for their creative contribution to the filmmaking community. Most recently the three collaborated on the highly anticipated film Magic City Memoirs, which will make its debut at MIFF this Friday, March 11, 2011.

The Lexus Pursuit of Perfection Award recognizes the creative and entrepreneurial spirit of the vibrant Hispanic Community. This year’s recipients embody the luxury automaker’s dedication to ensuring that future generations understand the importance of their own cultural legacy and the impact it has in their communities. The Gala Wrap Party will include music from DJ Xplode (a South Beach regular), dancing and a special presentation to Garcia, Salgado and Freixas. Celebrity Chef and Owner of Miami culinary hot spots such as Sra. Martinez and Michy’s restaurants, Chef Michelle Bernstein, will be providing a very special menu for the evening.

As the official automotive sponsor of the MIFF, Lexus had a presence at the festival that goes far beyond the Gala Wrap party. Lexus unveiled its new commercial for the all-new CT 200h luxury compact hybrid during the opening night of the Festival. The spot was created for the Hispanic market and features the CT turning heads while driving through a Miami-like thoroughfare, making MIFF the perfect first for this first appearance. Festivalgoers were also among the first to experience the Lexus CT 200h hybrid, which became available at South Florida’s Lexus Dealers earlier this month.