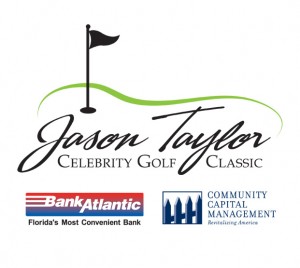 NFL All-Pro Jason Taylor, the 2007 NFL Man of the Year, and his wife, Katina, will host the eighth annual Jason Taylor Celebrity Golf Classic Presented by BankAtlantic & Community Capital Management on February 27-28, 2011.  Proceeds from the event will benefit the Jason Taylor Foundation, Holtz Children’s Hospital and Take Stock in Children.

On Monday morning, February 28, all golfers will tee off at the Grande Oaks Golf Club in Davie

For the sixth consecutive year, JM Family Enterprises, Inc. and Southeast Toyota Distributors, LLC, have generously donated a Scion tC for the raffle (www.Scion.com).  Tickets are available for a $100 contribution (each) to the Jason Taylor Foundation and the winning ticket will be drawn following the golf tournament on Monday.  A maximum of only 500 tickets will be sold and one lucky winner will drive away in a 2011 Scion tC.

The Jason Taylor Foundation is a 501(c)(3) organization whose mission is to support and create programs that facilitate the personal growth and empowerment of South Florida’s children in need by focusing on improved health care, education and quality of life.  For more information on the Jason Taylor Celebrity Golf Classic Presented by BankAtlantic & Community Capital Management or the Jason Taylor Foundation, please call (954) 424-0799 or visit www.JasonTaylorFoundation.org.