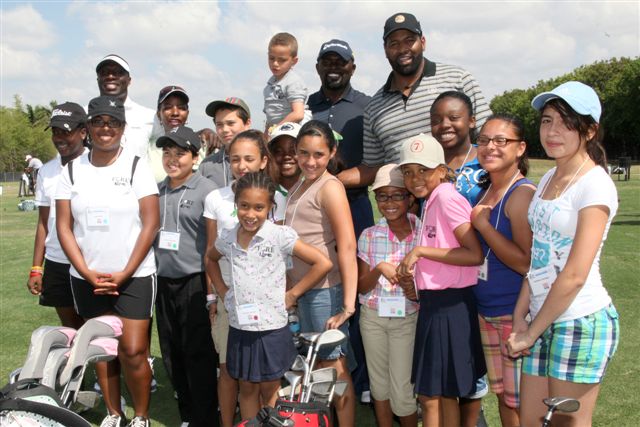 The second day of the 2011 CANON FLORIDA GOLF CLASSIC CELEBRITY WEEKEND benefiting the NAT MOORE FOUNDATION took place today with a free Junior Golf Clinic, conducted by The First Tee of Miami-Dade County, for disadvantaged children and youth learning to play golf.  Over 60 kids took part in today’s program and were able to improve their golf game while learning from a host of celebrities.

“We have had an outstanding two days so far and the weather has been perfect,” said Moore. “I am thankful that some of the biggest names in sports including Dan Marino, Moses Malone, Rollie Fingers and Nick Buoniconti have taken part in the festivities along with local superstars that live here in South Florida. The kids clinic was also an enormous success and we were excited to teach them the core values of golf today.”

The three-day extravaganza will end on Monday, March 21 with a celebrity golf tournament at Doral). 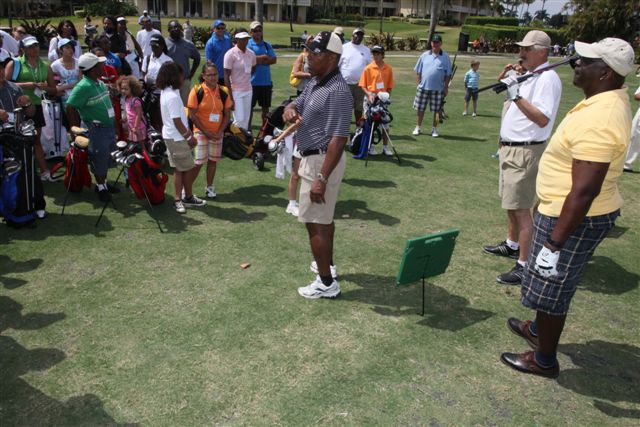