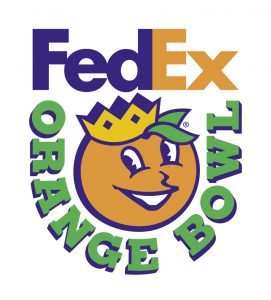 Nineteen players whose collegiate teams participated in the FedEx Orange Bowl will return to South Florida for this year’s Super Bowl XLIV match-up between the New Orleans Saints and the Indianapolis Colts. Thirteen of those players are active, three are on injured reserve and three more are on the practice squads.

All of this year’s veterans will be playing on the same field they played on during their Orange Bowl appearance with the exception of the Colts’ Freeney, whose Syracuse squad played against Florida at the old Orange Bowl Stadium in 1999.

In the previous Super Bowls, Orange Bowl veterans have gone on to claim the MVP nine times, most recently Indianapolis’ Manning, as he was selected MVP of Super Bowl XLI.  New England’s Tom Brady (Michigan 2000) was named MVP of the XXXVIII and XXXVI games and Baltimore’s Ray Lewis (Miami 1995) was selected the MVP of the XXXV game.