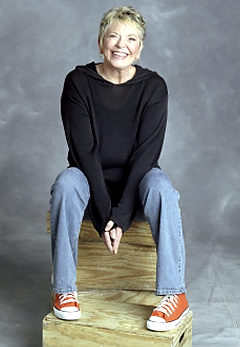 For many years the people of Haiti have become victims of natural disasters from floods and mudslides to hurricanes and earthquakes.

On January 12, 2010, a catastrophic 7.0 earthquake ripped through Haiti crumbling the heart of Haiti, Port-au-Prince, and damaged major historical structures, homes and businesses, killed more than 200,000 people and left more than 1 million adults and children homeless and displaced.

With a population of over 9 million people prior to the quake, half are children and they are the most affected by the devastation. After 1 year, the struggle continues in Haiti where these children are forced to become adults at a very young age. They are faced with numerous challenges and are fighting to survive in what seems to become a huge junkyard. They are deprived the basic things that the average American takes for granted, such as food, water, shelter and education.

According to UNICEF, 90% of schools in Haiti were destroyed or damaged. In an effort to move the recovery forward and to educate the nation’s youngest population, a group of professionals are working together to build schools out of repurposed shipping containers. These containers that were once used to transport supplies will be transformed into learning facilities for these children.

“People are forced to make lemonade out of lemons,” stated Linda Ellerbee.

As we approach the one year anniversary of the quake, Award winning journalist and Nick News correspondent, Linda Ellerbee takes you inside Haiti to hear the cries of Haiti’s children. “Haiti Rising? Life in the Ruins” shows the lives of several kids who have struggled to overcome the earthquake’s destruction and small steps that are taken to address a nationwide problem.

Linda urges each one of us as individuals to continue the conversation on Haiti with our families, friends, co-workers and children. “Don’t let Haiti disappear in our rear view mirror.”

It is approaching the one year anniversary of the earthquake in Haiti, what are the children saying to you?

Would education fall in the top priorities for the recovery of the country?

Linda Ellerbee: Of course. If you look at Haiti before the earthquake, you had an ignorant population, meaning not knowing, where most kids did not get an education. You had a government that was corrupt for many years. If you are going to change that, the best way to start is by educating your children, and educating them in more than just propaganda. Nothing could be more important than for the long term future of Haiti, the water, food, plumbing – that is important.

How do you provide this education that they need, where do you start?

Linda Ellerbee: I don’t know. One of the easiest part of being a journalist is that we don’t have to come up with solutions, we just point out the problems. I have never seen such a big problem in such a small place, and I don’t know how you fix it. I do know that there are people there that are doing the work of Angels in Hell. They are from all countries including Haiti, and they are trying so hard.

Do you get the sense that they feel neglected, and forgotten?

Linda Ellerbee: I think they do. If you ask them, they would say, “Well all the media was here for a few months after the earthquake happened. Where are they now?” The spotlight on Haiti has disappeared which is why we wanted to do this story a year later – to go back – let us have a reality check.

What is the message to American kids?

Linda Ellerbee: What we want American kids to pick up from this show -is that the world is so much smaller than you think, and Haiti could be us (the United States). We the world cannot afford to let Haiti get lost in the rear view mirror.

How far is Haiti from being lost to the world?

Linda Ellerbee: They are very close to being lost. They got a lot of attention when the earthquake hit and there are still Angels working in hell there. I don’t mean there is nobody trying to help, but the world goes on. The world moves on, and the next big story takes over, and we forget about Haiti.

Our shows are for kids, but truthfully, they are also for adults. What we would like people to do is to watch our show and get involved, make a donation, and to continue to talk about Haiti. There are all kind of collection agencies – they need school materials, paper, pencils, crayons – the basic stuff that we that we have in abundance.

In the special, you talked about the use of repurposed shipping containers that are used to make schools…

Linda Ellerbee: That is the most fascinating story. Just imagine, you are standing there looking at this devastated place – and what can you do with anything you got? There were these containers that were used to transport supplies, some smart person made schools out of the containers – we can make buildings out of these. Talk about a real case of making lemonade out of a lemon.

Nick news with linda Ellerbee LISTENS TO kids living in haiti IN “haiti rising? Life in the ruins” from PremierGuide Media on Vimeo.

What is your approach in telling the story of Haiti to your Nick audience?

We can no longer pretend that we are all little islands. We have to understand that children already know this because of the internet, so in effect we are putting faces that don’t have to do with facebook. These are faces you do not see on Facebook. God forbid that kids should grow up today thinking that every kid in the world looks like somebody who could afford a laptop or computer, and to be on Facebook.

How will they recover?

Linda Ellerbee: I think their recovery is slow and long. It is the kindest thing I can say….that does not even begin to address the politics.

What can we do to help?

Linda Ellerbee: There are any number of non-government organizations that do really good work there. There are things that we can do and should do – the thing that we can most do is not let it die – talk about it. The next time you are at a dinner party say, “Do you know what is going on in Haiti?” Or the next time you are with a group of kids say, “Do you know what happen to Haiti?”

“What we can do is not let Haiti disappear in our rear view mirror.”