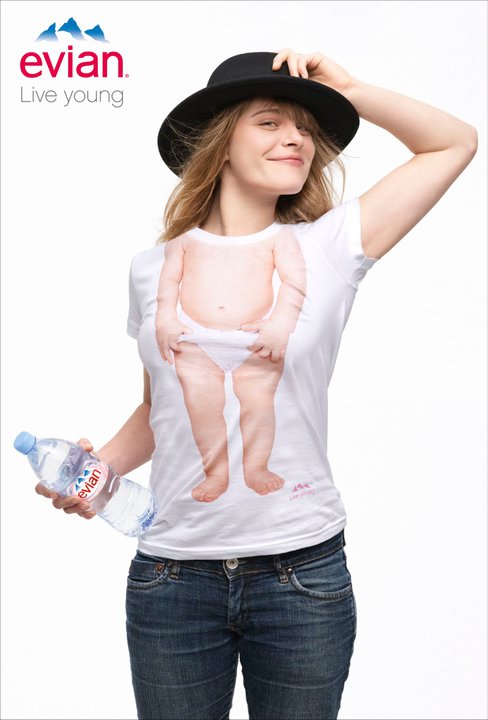 evian® is starting a movement to make 2011 the year to finally write that edgy novel, finish a triathlon, whip up a new dish in the kitchen, or master the downward dog. No matter the goal, from daring feats to simple accomplishments, a little motivation will go a long way. Today, evian® is announcing partnerships with international remixers, Eclectic Method, as well as some of the best up-and-coming musicians from Los Angeles and Miami, who will create one-of-a-kind audio/visual content that promises to inspire evian® fans to do what they’ve always wanted – to Live young® in 2011. Fans can visit http://facebook.evian.com to find out more.

Starting today, evian® is descending on Los Angeles and Miami to paint the towns in its signature pink and collect audio and video footage of each city’s iconic sights, sounds, and culture. The footage will ultimately be mashed up by Eclectic Method, the renowned multimedia musical group known for its work with Fatboy Slim and U2, to create unique music videos inspiring fans from both LA and Miami to Live young® in 2011. Once finished, the videos will debut on http://facebook.evian.com where fans will have the chance to weigh in on which city has the best Live young® spirit.

“Partnering with evian was a no brainer. I live young every day, I just didn’t know it until now,” said Eclectic Method’s Jonny Wilson. “Doing what we love – remixing everything – with the goal to make 2011 the best year yet? Awesome.”

In addition to its partnership with Eclectic Method, evian® is teaming up with local Los Angeles and Miami based music artists to highlight their talents and Live young® spirit. These artists will be popping up at surprise events in Los Angeles and Miami throughout January and February that will be announced on http://facebook.evian.com.

“Through cutting edge content and musical motivation, evian® is on a mission to help YOU make the most of every moment in 2011,” said Jerome Goure, Vice President of Marketing for Danone Waters of America, Inc. “After all, today is the first day of the rest of your life.”

Visit http://facebook.evian.com to learn more information about filming locations, exclusive concerts, and other evian® events in Los Angeles and Miami.